The case presented here is one in which a novel solution was achieved utilizing zirconia in a very challenging situation.

The patient is a 70+ year old woman who had a history of multiple implant procedures over the past 18 years and had never made it past the temporary restorations due to complications with the implants. Many of the initial maxillary implants were lost due to insufficient bone quantity and quality. She also suffers from osteoporosis and had taken Fosomax briefly several years ago. The initial fixed temporary restorations were still being used, and she still had unused submerged implants in the mandible. All the original implants were 3i external hex fixtures. The patient would not accept any removable option for her maxilla and therefore she was sent to an oral surgeon who performed an autogenous hip graft to the maxilla and later placed 7 Zimmer implants in the grafted bone. He also uncovered the submerged mandibular implants. All the implants were stable and it was finally time to commence the permanent restorations.

It was necessary to design the case to be fully retrievable due to its complexity and the patient’s history (Fig.2).

The patient desired to have very white teeth and chose shade OM1 from the Vita 3D Master shade guide. To any technician, shade OM1 is a challenge due to a lack of internal color rendering it difficult to achieve natural warmth. Furthermore, if a metal substructure is used then the opaque renders the final restoration less translucent. Today, the best material for this type of restoration is Zirconia due to its strength, stability, precision and especially due to it natural whiteness and translucency.

In order to make the case retrievable, the simplest solution would be a bridge that screws directly to the head of the implants. However, after seeing the final dimensions of the case design we realized that we had a size limitation. The occlusal-gingival height in the maxilla was 25.4 mm and in the mandible 22.6 mm. The largest Zirconia block available after sintering allows us a maximum 17.6 mm. height. It was therefore necessary to design each bridge in two components. The substructure would be screwed to the implants and the superstructure screwed to the substructure.

Firstly, duplications were made of the temporary teeth (which the patient liked except for the color) in order to maintain the shape of the final design (Fig.3). Slight modifications then were done to create better occlusion function. Silicon duplicates were created for this final design.

The next step was to locate the final position of the screws (fig 3d) that would retain the two parts together (fig.3a, 3b). It was necessary to do this step before cutting back in order to ensure that the access openings were in conformity with the occlusion. At the same time the path of insertion was established for the substructure to be screwed to the implants.

After positioning the screws, we did a cut back on the acrylic design to create the bar. The cut was done with a F3 parallel-milling unit to follow the angle that was set during the screw positioning (Fig.4a, b).

Finished acrylic bars were sectioned and reconnected with a light curing glue to ensure a tension-free passive restoration. The composite is always verified in the mouth prior to milling the zirconia. In the next step, the substructure bars were placed in the templates. They were then milled with the manual Zirconia milling system in the usual manner. The milled bars were then tinted light pink at the bottom part and placed in the sintering oven with the excessive piece of the zirconia block in the upright position to avoid deformation of the zirconia during sintering (Fig. 5a, b).

After sintering, both bars were refined in a precision-milling machine using special zirconia diamonds and water cooling (Fig.6a, b).

Next, the bars were polished to a mirror-finish and the screw housings were positioned and glued in place with composite-based cement (Fig.7a, b).

The models with the bars were then related to the silicon templates of the original design and flowing denture acrylic was poured to create the frame for the upper part of the restoration.

The full contour frame was then cut back slightly in the anterior section (from premolar to premolar) to create space for the porcelain veneering of the zirconia. Since occlusion function was established already in the temporary teeth, posterior teeth as well as occlusion were left in full anatomical contour to be milled entirely from zirconia (Fig. 8a, b).

Both frames were again sectioned and re-glued together on the bars to ensure a precision fit between the two structures (Fig.9a, b).

The frames were then milled with Manual milling system and sintered in the same way as the bars but with no tinting (fig. 10a, b).

After sintering, the frames were veneered with OM1 porcelain and slightly stained at the occlusion areas. Unstained zirconia frames are the perfect substructure to accommodate a patient’s wish for jet-white restoration. The natural translucency and whiteness of zirconia allowed  us to do obtain a highly aesthetic result even in the full zirconia posterior teeth (fig.11a, b).

On the bars, acrylic gingiva was processed to match the porcelain gingiva on the frame. It was not possible to bake gingival porcelain on the substructure due to the fact that the screw housings were cemented to the zirconia with composite based cement incapable of withstanding the heat (fig. 12).

The final result was a very white fully retrievable zirconia/porcelain restoration which matched exactly the original design of the temporary crowns that the patient liked. The patient was very satisfied with the final rehabilitation (fig 13, fig 14a-e).

Zirconia is a perfect material for all types of dental restorations. It has all the characteristics we are looking for: strengths, stability, great biocompatibility and aesthetics. There is no limit to the complexity of the restoration that can be created with Zirconia, we just need to use the right tools to explore all the great possibilities the material provides.

Owner of KerenOr Dental Studio in Montreal, Canada. He is a second generation dental technician and been in the profession for 20 years. He was graduated in Israel as a Certified Dental Technician in 1988. After graduating, he received further two year training and education in Germany. During his professional carrier, Haim took many courses and seminars in order to stay current with all the innovations in dental industry. In 2006 he took training at ZirkonZahn, Italy with manual milling system and at the same year his lab became North America first full service all Zirconia laboratory. 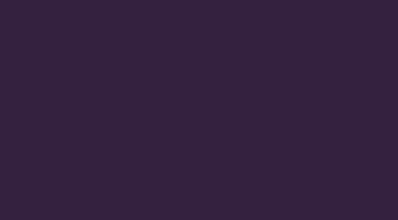 A few words about us

It has the highest strength and toughness

A Decade of Zirconia Success …

It is a long established fact that a reader